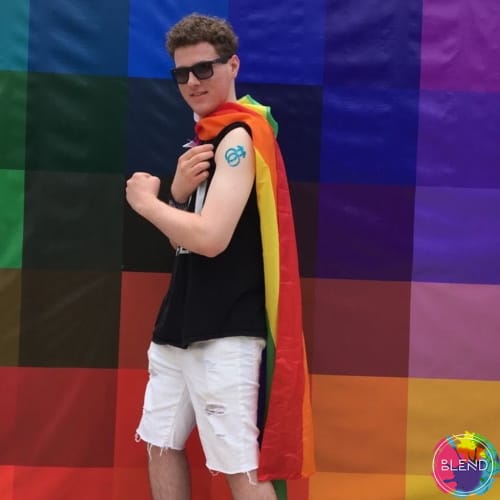 People always ask me when I knew I was bi, but I never have an answer. Maybe I always have been?

When I was growing up, I was taught to think that girls were pretty. I had always been friends with girls and guys, but the sex appeal didn’t start until middle school. I dated some girls just to have that “in a relationship” status in high school, but then I stopped caring so much.

When I decided to come out, I thought Facebook was the easiest platform to use. I wasn’t trying to seek attention; I just thought that it would disseminate quicker.

Two years prior, I came out to a few close friends who already suspected. I was glad that my Facebook post only received positive comments. Before the post, I had been worried, but I encouraged myself with, “I’m 18 now. I just gotta do it.”

Backlash was mostly minimum. On Instagram, haters commented angrily when I kept posting pictures of my boyfriend and I.

In high school, a group of guys I sat with just moved away from me. However, those small chances – while hurtful – didn’t destroy me. My best friend defended me on Instagram and other friends still sat with me.

In totality, I believe that the majority of problems in the LGBTQ+ community is improving. Coming out has become a trend, so being honest with others – and yourself – is becoming easier.

I don’t know whether or not the decrease in homophobia stems from actual acceptance or the fear of being hated by others for one’s view. Nevertheless, with the legalization of same-sex marriage and the acknowledgment of pride month, public opinion is seemingly improving.

Representation in the media is also getting better. Young people are controlling the media, and they’re much more open and honest.

While I can never know someone’s exact opinion of me, I’ve decided to stop caring so much. I’m in college, I have a boyfriend, friends, a job, a car, and my family. I have no reason to dislike myself.

How I Explored My Sexual Orientation

How Coming Out Is A Continuous Activity