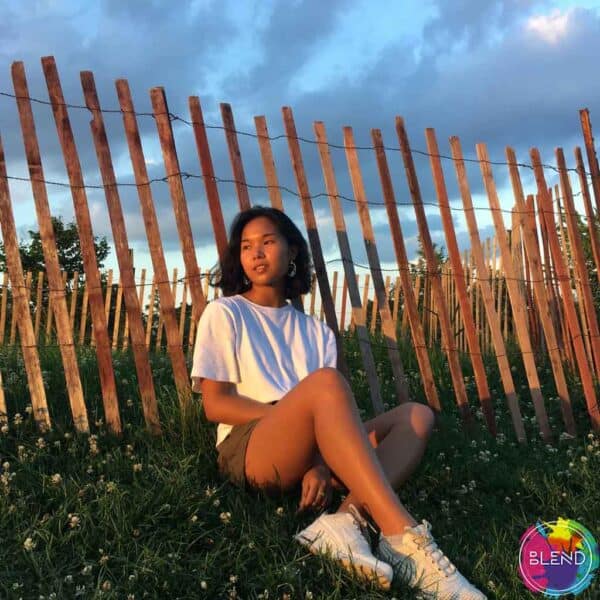 I have come out to a few close friends and to my siblings so far, but I haven’t come out to my family yet.

I think it’s because I just recently realized that I’m part of the LGBTQ community. Since it took me so long to realize, it’s going to take me some time to be open about it.

I realized that I was bisexual in February, but these were feelings that I’ve always had. In February, I started catching feelings for this gender non-conforming individual.

They really inspired me to come to terms with my sexuality and understand that what I’m feeling is okay. They’re non-binary, so it was really inspiring to hear about their story.

From a young age, I’ve always had a feeling that I was attracted to men and women. When I was younger, probably around 8-year-old, when no one was home I would go online and look up, “am I lesbian” quizzes. When I figured out that I was bisexual, I was like “Oh, that makes so much sense.”

It’s something that I tucked away for a long time. The beginning of high school was when I should have come out, but I surrounded myself with the wrong people.

I couldn’t be who I really was. Then, senior year, I really started to figure out who I was. I started to drop all the toxic things in my life and I finally came to terms with it.

Thankfully, no one has treated me differently since I came out. I come from a really open community, especially at my school.

No one was really shocked either, which made me feel good. Usually, there’s this mentality where everyone assumes you’re straight. I have just gotten used to correcting peoples’ assumptions.

Coming out is still an issue, but it’s much easier than it was in the past. We live in this New York bubble where everyone is open-minded. But, there are so many places where people can’t come out successfully or safely.

There’s a lot of change happening now with same-sex marriage. It’s helping many people come out and be happy with it.

Since I recently came out, media representation has definitely helped me a lot. When I used to feel insecure in my sexuality, I found that I could lean on LGBTQ artists like King Princess, Janelle Monae, and Hayley Kiyoko.

Society is still making progress, and there could definitely be more, especially in terms of representation of LGBTQ+ people of color.

How I Accepted My Gay Identity

How I Accepted My Bisexual Identity