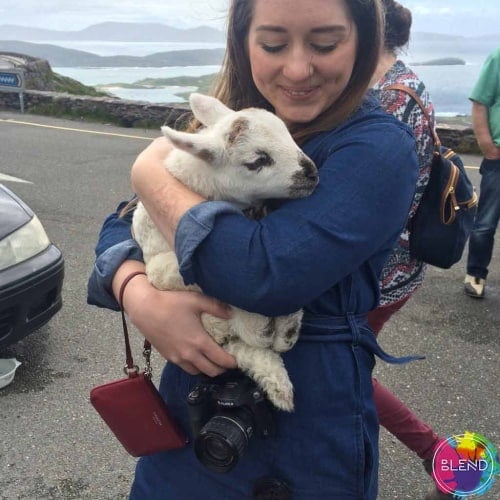 Have you seen the movie, “Stick It?” It is a movie about gymnasts and shows male and female gymnasts in leotards. I noticed that I was always attracted to both the guys and girls in the movie. I didn’t really understand why people needed to only be attracted to one or the other.

Bisexual wasn’t really a thing for me until later in high school. I didn’t really understand that I had a choice to be anything other than straight.

When I finally came to terms with being bisexual, I was 17-years-old. I only told my best friend at first, and when I told my family, they acted weird at first, and they still kind of are getting used to it. They ask me random questions sometimes.

I believe that it can be different, but there are many things that are similar as well. My family members are very quiet about my identity as if it were a big secret.

It’s not like they won’t talk about it. They’ll talk about it with all my family, and they have no problems making jokes about cute girls. Though they still act weird around me, I am okay with it because I know they love me.

I came out when my little sister came out on Instagram before telling my parents. They were upset about it. So, I commented on her post, “I am proud of you.” She was 12-years-old so, they were nervous that she didn’t really know yet who she was. Their doubt made me angry.

When I left the house because I was frustrated with my parents. When I returned, my mom asked me why I was getting upset, and if I was gay as well. I replied with, “yes” and confirmed that both of their daughters were gay and had now come out on the same day. I found this coincidence to be quite funny.

I think it is easier for people to come out now because society is becoming more accepting. Sometimes for people, the battle isn’t just with society. It is with themselves and feeling the acceptance that they need for themselves. It’s more of their closest loved ones accepting them for who they are.

For me, it was more an internal battle. I wasn’t too concerned with coming out. I just didn’t understand what was going on with me. So, it took me a little bit longer to figure out my own identity.

How I Found a Support System When I Came Out

How I Changed My Name And Pronouns