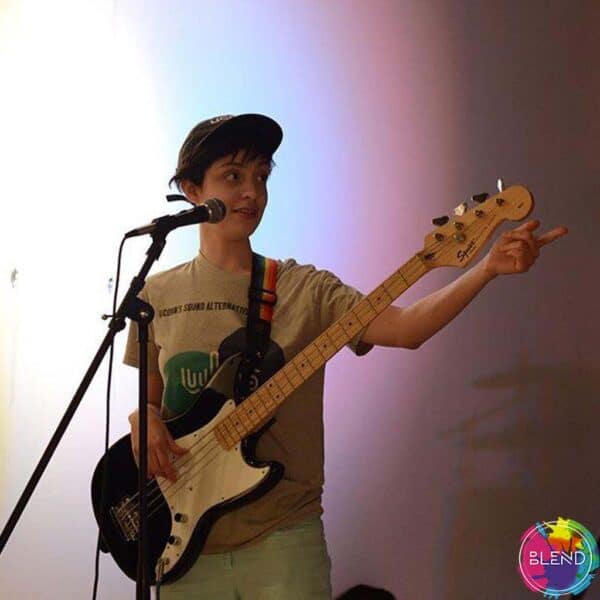 I didn’t really come out. I was outed by my mother when I was 15. My sister was dating a girl, and my mother found out, so she asked her if she was gay which resulted in her being outed.Then, I was asked the same question, thus being pressured into revealing myself. It was not a good experience for me, especially with the way that my father initially reacted, but it did get better as time went on.

I never really came out to my friends, they just knew by the way I acted and accepted without blinking an eye and I’m very lucky for that.

I realized I was not straight when I started thinking back at around 13 to how all the romantic feelings I’ve had and subsequently tried to ignore, were towards women.

And that was not typical to heterosexual women my age, resulting in the conclusion that I was in fact, a lesbian. My feelings for women went all the way back to my first crush when I was around 7 and wrote in my journal about her.

I have been treated differently by others for being a lesbian. I have always presented as a woman with more masculinity than the average woman.

I’ve been nervous in locker rooms in high school because I was under the ridiculous notion that people knowing I was a lesbian would cause them to monitor my behavior and see me as predatory. When in fact, I was just trying to change and go about my day.

This, of course, did not manifest itself but it did make me nervous because of the ways our society treats women who ‘look’ gay. This is one of the reasons coming out may still be an issue for people, the preconceived notions; especially among different cultures.

I would say though that it is without a doubt, easier to come out now than it was in the past, especially now that legislation protects LGBT people from hate crimes and the law allows us to get married in most first world countries. In the United States, we have made lots of progress that allows people to come out earlier, safer and more easily.

The legalization of same sex marriage has not made homophobia any more or less prominent, but has most likely caused voices that would otherwise be silent to speak up about what they see as against their views (homosexual people creating families/getting married under the law).

How My Sexuality Is Uplifted by Social Justice Movements

How Being Gay Became My New Normal