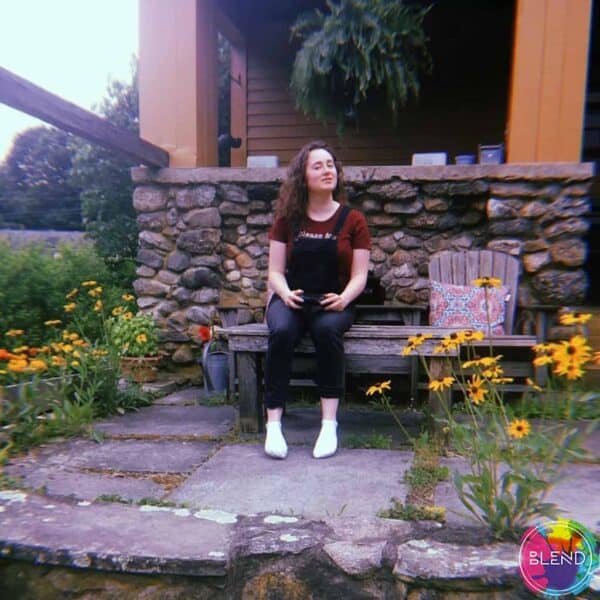 The instant I had it concrete that I was at least bisexual, all of my friends knew. It was easy for me because it wasn’t the truth. However, I had to face my fears and admit that I would never be happy with a man. After I came out to myself as a lesbian, I came out for real.

I came out to my mother in a grocery store parking lot. I sort of blurted it out while she was driving, which was not smart. But, I didn’t want to have to look her in the eye.

She was supportive, but she was thrown off guard, and I was fearful and defensive. Later that year, I came out to my dad, who had already known.

When I was about five or so, I asked my mom if two girls could get married. She said ‘yes.’ I was an avid artist and writer, and would never draw or write boys in anything.

In high school, it happened. I saw this incredibly skilled girl play snare on the drum line, standing in the middle of the boys with a strong, androgynous aura.

I was addicted– I had never experienced anyone like her before.

She, now they, were the first person I told that I liked girls. We’ve been best friends for years, now, helping each other along on our queer journeys.

I have been treated differently when people find out I’m queer. Some straight people don’t know how to react so it’s awkward. But, it’s worse when they become wary of you out of nowhere.

A lot of guys find it an excuse to overshare under the impression that I’ll participate in their misogyny or ask me questions about my personal life. I have also discovered that men are just as likely to flirt with me once I’ve come out to them. Girls certainly treat me differently, too.

When they know without me telling them, it can be a little off-putting. Queer people, however, are much more relaxed and comfortable once I’ve come out to them.

I think because of the abundance of resources available, it is easier to live as an LGBT person today. The avenue was made easier because of the bravery of LGBT people fighting throughout history for rights. But, it is still a fight.

It is still an issue for people to come out. Gay marriage was a surface level victory for LGBTQ acceptance. There is not enough LGBT representation in media.

The representation needs to be more diverse and needs to consider queer culture. Few of the straight girls I see playing lesbians or bisexual women ever hint to have been exposed to queer culture. They all seem palatable for the white heterosexual gaze– skinny, white, and they are indistinguishable from their straight peers.

How I Accepted My Bisexual Identity

How I Gained Confidence in Expressing My Sexuality