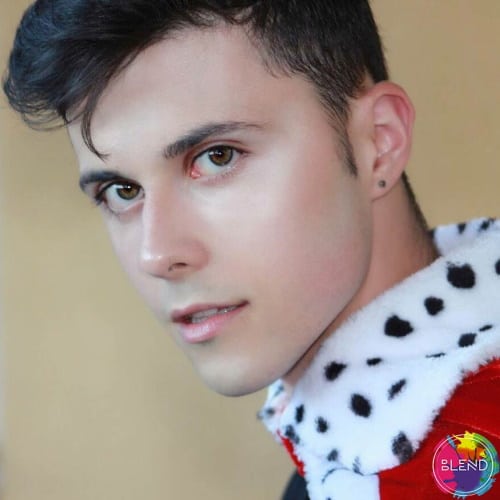 Looking back now, I realize that I was attracted to individuals of the same gender from early on, but perhaps thinking that such attraction was inappropriate, I displaced my sexuality throughout childhood onto objects associated with same-gender individuals.

For instance, I told myself I took pleasure in roughhousing, not in the friends with whom I roughhoused. I only started to recognize myself as gay when I was about ten.

I remember watching a late-night TV show on the 10 Dirtiest Acts in Las Vegas and being confronted with the fact that while the female performers didn’t turn me on, the all-male group did in fact get me going.

In this way, the programming was almost subversive for its early 2000s context.

It’s so difficult to make any sort of claim as to whether homophobia has either ramped up or quieted down in the U.S., mostly because there are so many factors that dramatically change that answer:

Where in the U.S.? Against what kinds of queer individuals in particular? In what age groups?

One thing that I’ve noticed in my community since same-sex marriage legalization, however, is an increase in homonormativity (that is, the assimilation of heterosexual norms in queer relationships).

I think we can see this phenomenon as an insidious sort of homophobia. Queer individuals are encouraged to engage in the practices of traditional heterosexual marriage (including its reductive gender binaries), and therefore reject their radical queer practices of sex and gender.

I hope as the acceptance of same-sex marriage evolves, we can use it to interrogate the institution of marriage overall and its gendered implications, rather than just assimilating heterosexual norms.

I think that representation of LGBTQ individuals in the media can help individuals of varying gender identities and sexualities recognize themselves.

It was only through the inclusion of different genders on a TV show about stripping that I came to understand myself as gay.

Yet at the same time, I worry that we focus so much on queer representation in the U.S. media that we depreciate other, perhaps more threatening issues that face queer people in our nation.

How Validation Has Given Me Confidence When Coming Out

How My Family Adjusted to My Sexuality