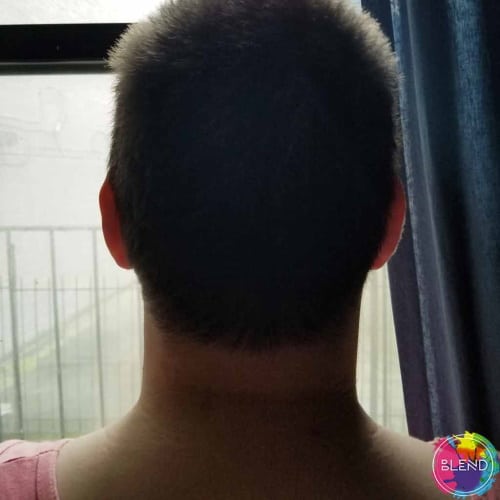 I first came out as trans to my partner, who is also transgender. He was my first supporter and is still the love of my life. After my partner, I started coming out to my friends, telling them that I had started using he/they pronouns.

I was loved and supported by exactly who I expected. I, unfortunately, was not acknowledged by a group of friends from high school.

So, I did the hard thing and stopped communication on my end. I didn’t feel liked or supported by the group anymore.

The first family member I came out to was my younger sister. We were in different states, so I told her over the phone. I was quite nervous, but she reassured me that I could speak freely with her.

And when I actually got the words out, she was just as supportive as I predicted. We’ve actually gotten closer since I came out. It’s easier to talk to her and we appreciate each other’s company more.

I also came out to my older sister over the phone. Her response was a combination of support and concern. She, like my younger sister, had a feeling I was trans, but was concerned that it would turn out to be a phase.

She wanted me to be very certain that transitioning was what I wanted to do. Her intentions are good. She is just still taking it all in and asking questions, which is perfectly fine. With time, she’ll come around.

After my older sister, I came out to my parents. That was easily the most devastating conversation I’ve ever had.

I was already terrified to tell my parents, and once I did tell them, it only got worse. My news was met with statements like “we don’t want this” and “we don’t support this.” They were furious, annoyed, and responded in the most selfish manner.

I tried to keep my cool on the phone, but it became impossible and I cried harder than I knew I could. My mother ended up requesting that I wait six months before I start transitioning medically.

They’re still selfish, slightly manipulative, they misgender me, and they’re not allies. It will probably take years for them to come around. Coming out was a scary thing to do, but I don’t regret it for a second.

How I Gained Confidence in Expressing My Sexuality

How I Overcame Feeling Rejected When Coming Out