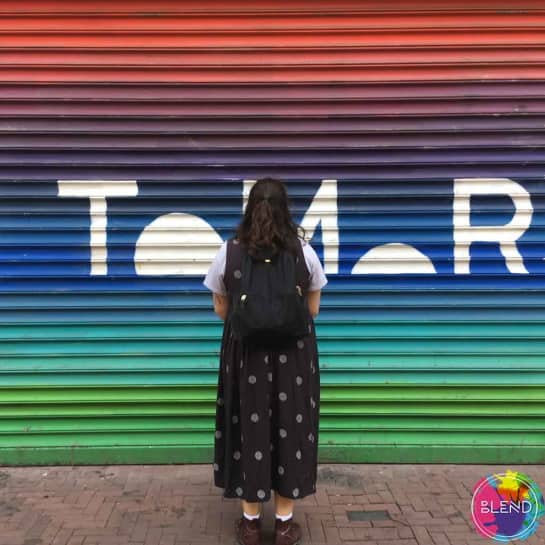 I never really felt the need to come out. It just so happens that now I’m dating a man, so it’s not pertinent.

It’s not that I think my parents wouldn’t accept it, I just don’t feel comfortable having the awkward conversation with them about it. If I were dating a girl, I would tell my family.

With friends, it’s not something that I hide but I don’t actively tell people. Partly because I just don’t feel like it, but also, I don’t like that people just assume everyone around them is straight and cis. For a lot of people, coming out is important, but I don’t like the idea that people assume what I am.

There are two occasions I can think of that weren’t coming out stories in the sense of sitting someone down and telling them, but I brought it up in conversation for other reasons, and both times the other person’s response was them coming out to me as well!

When I think back on things, sometimes I think, “yeah, I guess that was pretty gay,” as I remember that I had a crush on Shego from the show, Kim Possible.

There were also some friendships with girls where I was having feelings that I didn’t realize were romantic, but, thinking back, I realize they were.

I always knew I was attracted to girls, even when I was younger. I didn’t realize the romantic feelings until later. My first hookups were all when I was drunk at parties in high school and I always hooked up with both girls and guys.

In high school, I started identifying as bisexual before I even fully realized it was true. During my freshman year, I felt like I could tell some people and be accepted. Once I realized my sexuality more fully during junior year, I wished I hadn’t had told anyone because the people I hung around were all really homophobic.

I don’t think the passage of marriage equality did anything to reduce homophobia. LGBTQ+ people don’t have protection against workplace or housing discrimination and they are incarcerated and policed at high rates.

The state allows so many legal barriers that are still oppressing LGBTQ+ people. I can’t say whether it’s safe or not to come out because it’s based on the individual’s situation.

I might feel safe coming out to my parents, but there are still thousands of people who get abused and get kicked out based on their sexuality. About 40 percent of homeless youth are LGBTQ+, showing that coming out is not a safe thing to do for everyone.

How We Can Improve LGBTQ+ Representation in Media