I’ve struggled with Obsessive-Compulsive Disorder my whole life, but the past year is when my symptoms started significantly affecting my mental health, relationships, and education.

The way my OCD works is that I will begin to obsess over insignificant, and sometimes unrealistic, worries. Or falling into a despair of intrusive and immoral thoughts.

Pared with that, I will use my compulsions as a distraction from my thoughts, or to make myself ‘feel better’ in that given moment. My compulsions range from counting in fives, fiddling with my hands, making small noises, checking lights or doors, repeating phrases, spelling words in my head, to ritually saying prayers.

Throughout the year, I had no idea that OCD was the problem I was dealing with, and I believed this was the way I would always live my life. I was swarmed with anxiety since I could not control my thoughts, as well as depression because the thought of living like that the rest of my life was unbearable. I felt stuck in a constant cycle of intrusive thoughts and compulsions to temporarily and falsely relieve the anxiety.

I can say now that I’m so thankful that I did not give up, even when I had no idea what I was dealing with. As I’ve become more understanding of my disorder and how it works, I’ve found ways to manage it on its worst days.

OCD can manifest itself differently within each person who experiences it. I had the pleasure of talking with other individuals who shared their own stories, and what they’ve discovered works best for them to manage their day to day lives with OCD.

How does your OCD work?

Jae: I have both where the obsession is that if I don’t do certain things that feel right or that I do all the time, someone in my family is going to get hurt, my boyfriend will cheat on me or stop talking to me or die, and also [I will get hurt]. These fears are ones I don’t think of they just pop into my head at random times. ‘If you don’t do this then so and so will happen.’

Palmyre: I used to have ones with numbers where I have to do certain things four times. For example, to protect my cat when I leave him in the morning I would do 4 series of kisses and each of them was 4 kisses each. I would redo it if I wasn’t happy about how I counted or how I did it. I would have this gut feeling, basically, to dress up in the morning. I follow my instinct and what my gut tells me. If I wear that it’s going to be ok. It goes up to choosing a fork/spoon/knife, a bottle at a shop. I stare at them for a few seconds until my gut tells me which one is going to make things ok. I would have to step on drains on the pavement and I knew that if I didn’t something bad would happen. My rational brain knew that it was stupid and it wouldn’t do anything, but I couldn’t take the risk. I almost lost my job because of the tardiness. It was impossible for me to know how long it would take me to go from point A to point B as I didn’t know which drains I would have to step on, if it would be all of them.

I was scared to leave home as I knew the way people looked at me. My friends were understanding, but I was ashamed. I isolated myself and thought I would end up in an institution.

I even had violent urges against myself because my rational side was angry at the other for saying ‘but what if’.

Oly: My OCD started at a young age. I had to do things in order, check doors, go back to things, etc. if I believed something bad would happen to a family member. In my early 20s, my thoughts revolved around anything I’m morally against, I try to convince myself I’m that person. The thoughts pick up momentum, 4 to 5 times a minute, then anxiety strike and depression follows. Daily, it drains me; on a bad day I’m so wired by the time I get to bed I can barely close my eyes. It makes me feel worthless; it makes me feel like I’ve done something I’d never do. I live the fear and guilt as if I’ve done it.

How do you manage your OCD?

Jae: I surround myself with people who really help. My boyfriend will always tell me it’s okay to do a certain thing because those bad things won’t happen. My other firmed tries to get me to talk about how it makes me feel and just a bunch of that stuff. I am also someone who looks to pray for comfort and that helps me out a lot. Sometimes just trying to muscle up the strength to go against the voice in your head telling you to do sometime helps as well.

Katie: The short answer: low-dose medication. I’m a firm believer that if I was diabetic I would take insulin and a mental illness should be treated no differently. The long answer: unending patience and endless communication.

The only way to face my battles is to recognize them for what they are rather than ignoring them and hoping they’ll disappear.

I constantly remind myself that growth and healing are not linear, but rather a life long journey of humility, excitement, and self-love.

Palmyre: I used to not be able to manage [my obsessions and compulsions] at all. They had control over my whole life. Now every time I feel them coming back I just take the time to think about it and remind myself that It won’t change a thing. CBD oil and therapy helped me get to a place I could be well enough to question them and realize that it won’t change anything [whether I] do them or not because bad things happen with or without them. Sometimes I question my recovery and wonder if it’s because I’ve given up on life or not. But it’s not. I’m just in a better place in my head. But I know that I can’t take it for granted. We never fully recover, and I know that it can come back or another form of OCD can appear. It’s a constant fight and as soon as I’m more under pressure, stressed, or anxious, I feel the urge to hide behind my OCD to comfort me, but it won’t help. It’s like a bad drug that an addict would take to escape reality, but it’s destroying them at the same time.

Oly: I turned to running as a form of therapy. I now support, motivate, and inspire others to run against their daily struggles through the support page [on Instagram] @run4yourmind. Running makes every day that little bit easier, it’s honestly saved my life.

Jae: I wish I would have known that more people deal with it than I thought. Beforehand, I never opened up about it but to like 2 people, plus my parents, and they did not get it at all. It was weird for them to think how my brain works. And they would try to help me, but they didn’t know where to come from or what to say to me when I would have an episode of it getting bad.

Katie: It’s all completely normal. All the thoughts I had that I thought were my secret shame or meant something awful about me were just very common symptoms of a very common disease. My diagnosis was such a gift.

Even to be able to put a name to the feelings and thought patterns I’d been experiencing my whole life was so liberating and turned my anxieties from a fearsome lion into a tiny mouse.

For myself, I’ve learned that distractions such as learning, watching my favorite tv-shows, and writing have been able to bring me out of my overwhelming thoughts that OCD causes. I’ve learned that talking through my irrational thoughts, with myself or people I trust, keeps me grounded. Simple things I had no idea would maintain the real me in the midst of OCD when it becomes chaotic have made such an impact on my life.

Throughout my research for this article, I found more alternatives to coping with my OCD. There is a community of people who struggle with this disorder that have made me feel less alone when dealing with the extreme anxiety that OCD brings. NOCD is a reassurance-free app providing a platform for expressing OCD’s unending thought patterns. NOCD also has an SOS feature, a type of exposure therapy, that, with time, can help OCD sufferers manage the anxiety that obsessions and compulsions arise. For me, talking through my intrusive thoughts with others who could relate, and even shared their own coping skills, has lead me down a path to healing and managing the way I approach my OCD.

Figuring out what methods help you manage your own personalized disorder is a process. There are no quick fixes or short cuts, it just takes time and self-love. Understanding yourself is part of life, and understanding your disorder just so happens to be a part of that too. And you are not, and I repeat, are not going through that all by yourself. This undertaking can be grueling at times, as well as weight lifting. But OCD does not have to be your full story, just a footnote that you have the capability to write yourself.

How to Journal for Your Mental Health

Journaling is not a thing of the past but one of the present. By journaling, you could express every overwhelming… 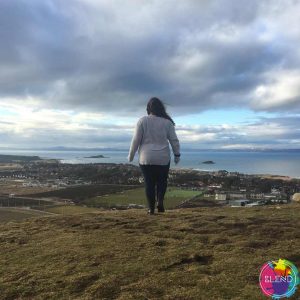 President Trump and former President Obama have both deported tens of thousands of illegal immigrants. However, they evoked different responses…

“Since everyone thought I was gay, and I acted effeminately and felt attracted to boys, I just assumed they were… 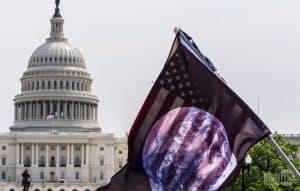 Millennial and Swing State Perspectives of the Paris Agreement

“We’re getting out.” On June 1, President Trump kept a highly controversial campaign promise by announcing that the United States… 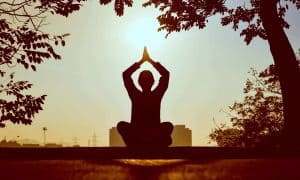 4 Ways to Take Care of Your Mental Health

A study, which was published by Dr. Michael Freeman in 2015, found that almost half of people who started the… 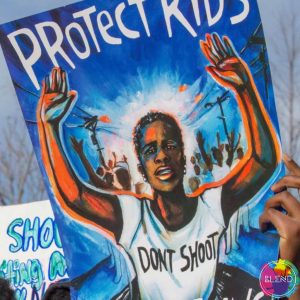 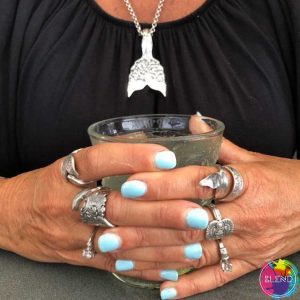 “My jewelry is important to me because it gives me a creative outlet in which to express myself.” Avalon, NJ… 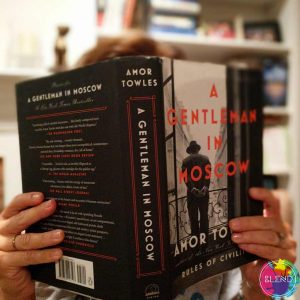 “I’ve learned that life is like a big book. You get to choose what goes in it.” Long Island, NY…