Connect with us
Share
Tweet
Pin1
Share
1 Shares
“It’s not the object, it’s the value, the magic that you get when you do what sets you free.”
Westchester, NY 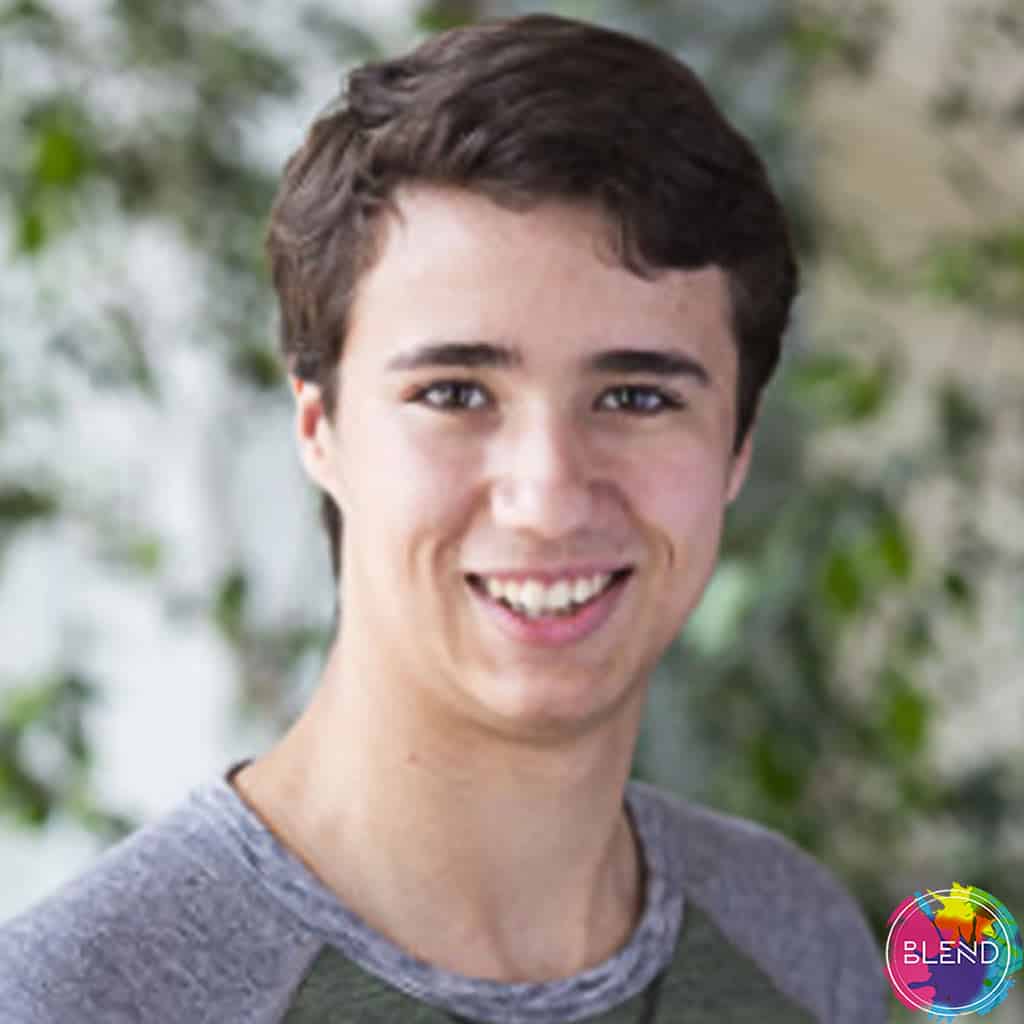 My appreciation for theater began with my passion for storytelling while playing Dungeons and Dragons with my friends. Even if the voices I use are bad or if everyone laughs, it’s part of the entertaining experience. My friend signed me up for drama draft last year, and it was my first time acting on a stage.

As it turns out they liked me a lot and didn’t believe me when I said I had never acted before. I was in a few plays and it was an experience I never want to replicate. I couldn’t, even if I tried.

I played a part in Pippin, and still have heartache when I look back on it. Pippin was such a beautiful experience and the songs were greater than anything the world could have created. Partly, because I knew the emotion and backstage passions behind every breath of the actor.

Even the non-musical plays were astounding, and I struggle to convey the height of my love for them. Stop Kiss was a small cast, so we were very close.

The days of rehearsal weren’t perfect, and life got in the way for several members of the cast, including me. I had strep with 103 fever two days before the performance, but we came through and every moment was still amazing.

Every play I perform in stays with me as a weight in my heart and soul, something not to be treasured; but I treasure it all the same. Passion, love, companionship, pain, loss, laughter, will, sacrifice, drive, bonds, and a never-ending feeling of magic. That last one, the feeling of magic, never ever stops.

I can’t give what I received from theatre to anyone. In fact, they may not even find it themselves. However, it’s not the object, it’s the value, the magic that you get when you do what sets you free.

The stage, it’s just a thing – a tool. It’s just the catalyst to take you where you long to be.

blendtw
“I started getting into several artists’ work, such as Alex Grey, and I realized that I could put my feelings into what I was doing. I do abstract art so that my feelings can be visually observed.”
Salisbury, MD 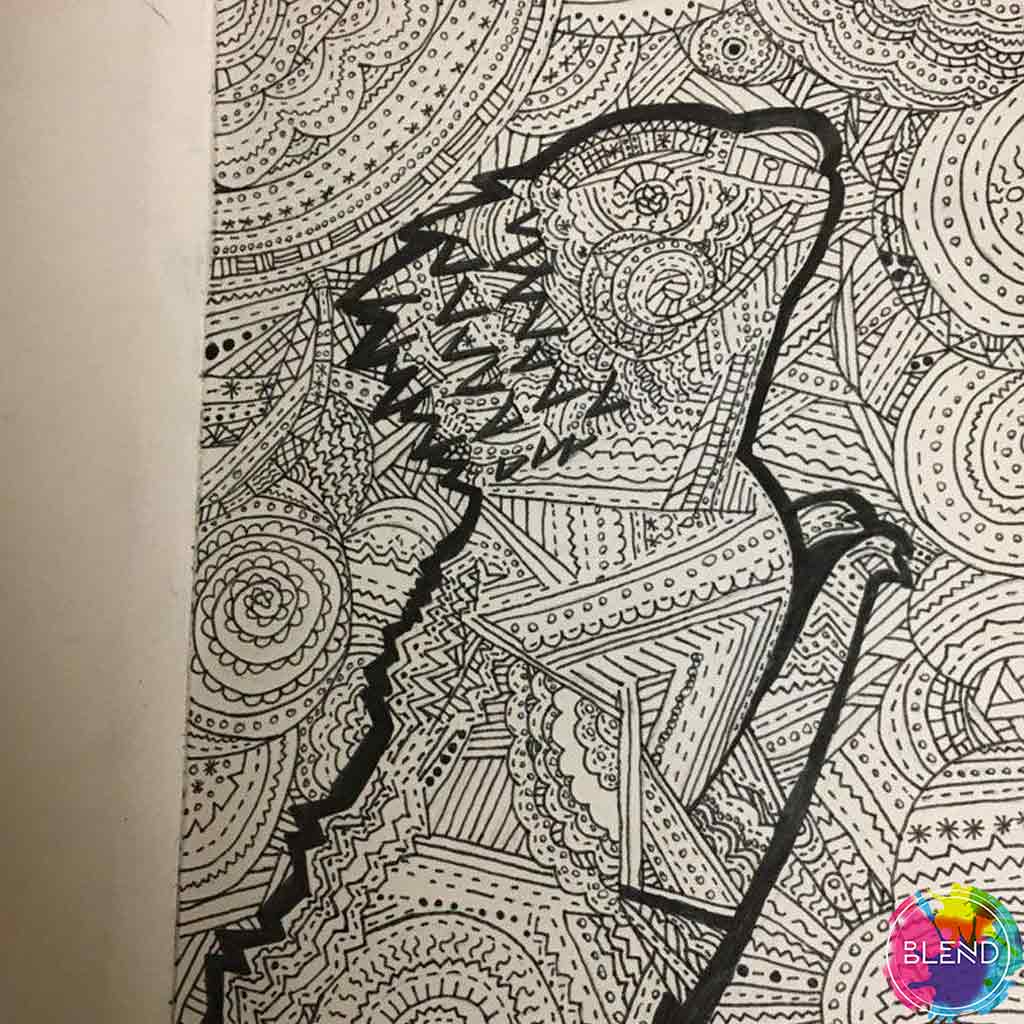 I do abstract art so that my feelings can be visually observed. Art, for me, is very therapeutic and it helps me to understand how I feel. My art can also be used to work out my emotions by physically drawing and visually seeing them.

For the most part, I draw mandala style. Because of that, there is usually not a specific subject that I focus on. My various lines and patterns just change based on what I am feeling at that time.

I draw in my mandala style because I like to express my emotions in this abstract way. Rather than trying to replicate something exactly, my style allows my hand to flow freely based on my feelings.

I have thought about taking art classes to improve my expertise, but I have not actually taken a serious one yet. Even though it is not in an art classroom, I do show my abstract art to people who I feel comfortable with, like close friends or relatives. I do not show it do everyone since my work is personal to and for me.

My sister used to draw, but she does not anymore, so I am the only one who draws now. When people do see my drawings, I usually get nervous.

I am basically exposing a part of myself by showing them an art piece. But, depending on the reaction of the person I show, I may also end up feeling accomplished.

That feeling of accomplishment is partly why I would recommend drawing to others. Any art form in general. I think it’s a great outlet for people who enjoy art.

blendtw
“Tending to plants or even just looking at them helps me clear my mind. It’s a great stress reliever.”
Queens, NY 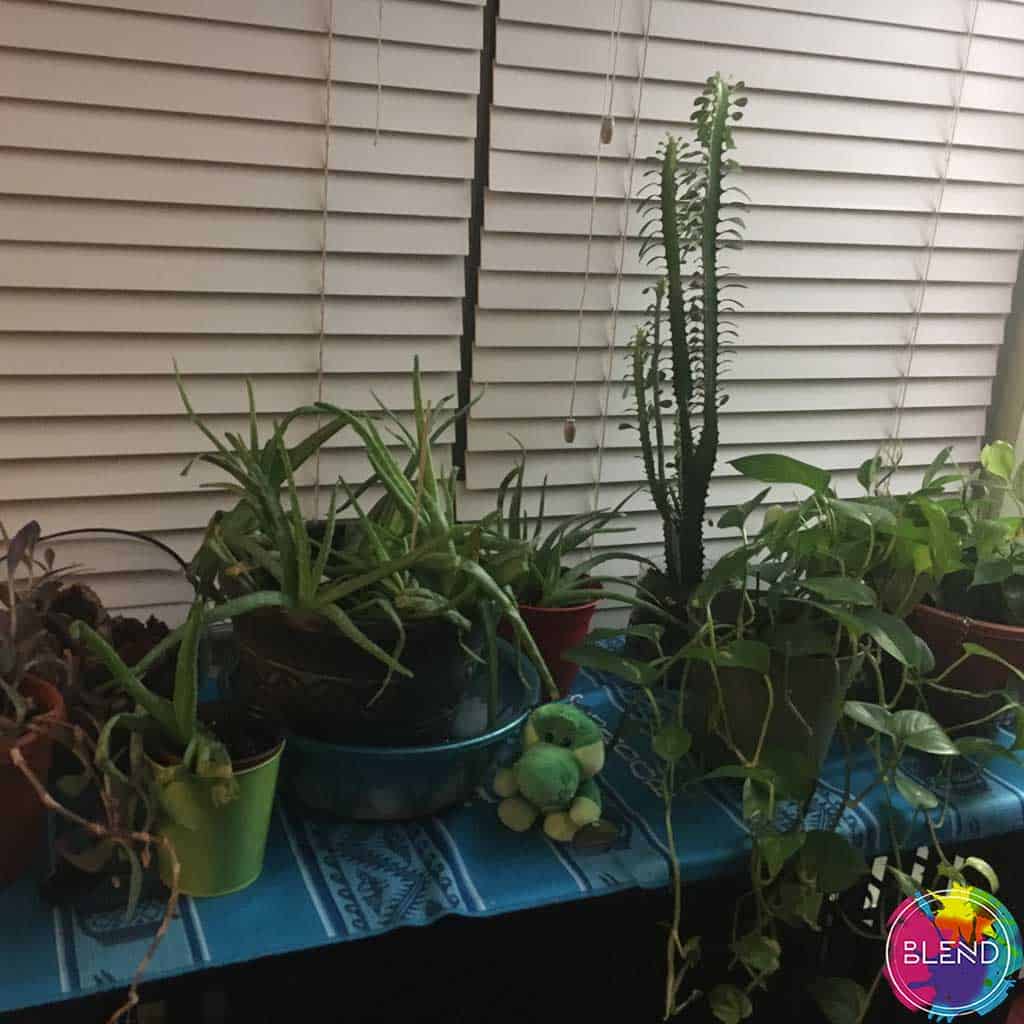 I like to keep plants. I definitely consider myself a plant mom.

I have a bunch in my house. I started with succulents because those are almost impossible to kill.

I definitely don’t have a natural green thumb. I’ve killed my fair share of plants.

I’ve even killed a cactus before. I’m getting a lot better now. I have about 12 plants in my house and they are all alive and doing well.

I just have to remember to water them. I also talk to my plants. I like to think it helps them grow.

I feel like I’m bonding with them. I give them names too.

I love having plants in my house. They clean the air and make my house look nice and lively. It makes me so happy to see all the life in my house.

Tending to plants or even just looking at them helps me clear my mind. It’s a great stress reliever.

Next spring, I want to start planting a garden in my backyard. I’m really excited for it. I want to plant a bunch of veggies and fruits that I can eat in the summer.

It would be so amazing to have fresh produce right outside my house. It would save me money, be good for the environment, and be a good outlet for me after my stressful days at work.

I’m trying to live more sustainably and I think gardening could help. Eventually, I really want to get into urban farming. That way I’d get to spend more time gardening and working with plants.

Plus, I’d be able to grow all my own food and be self-sufficient. I’m a long way away from there, but it’s a nice goal to have.

blendtw
“I never felt like I was truly being myself on stage or screen before acting in comedy.”
Los Angeles, CA 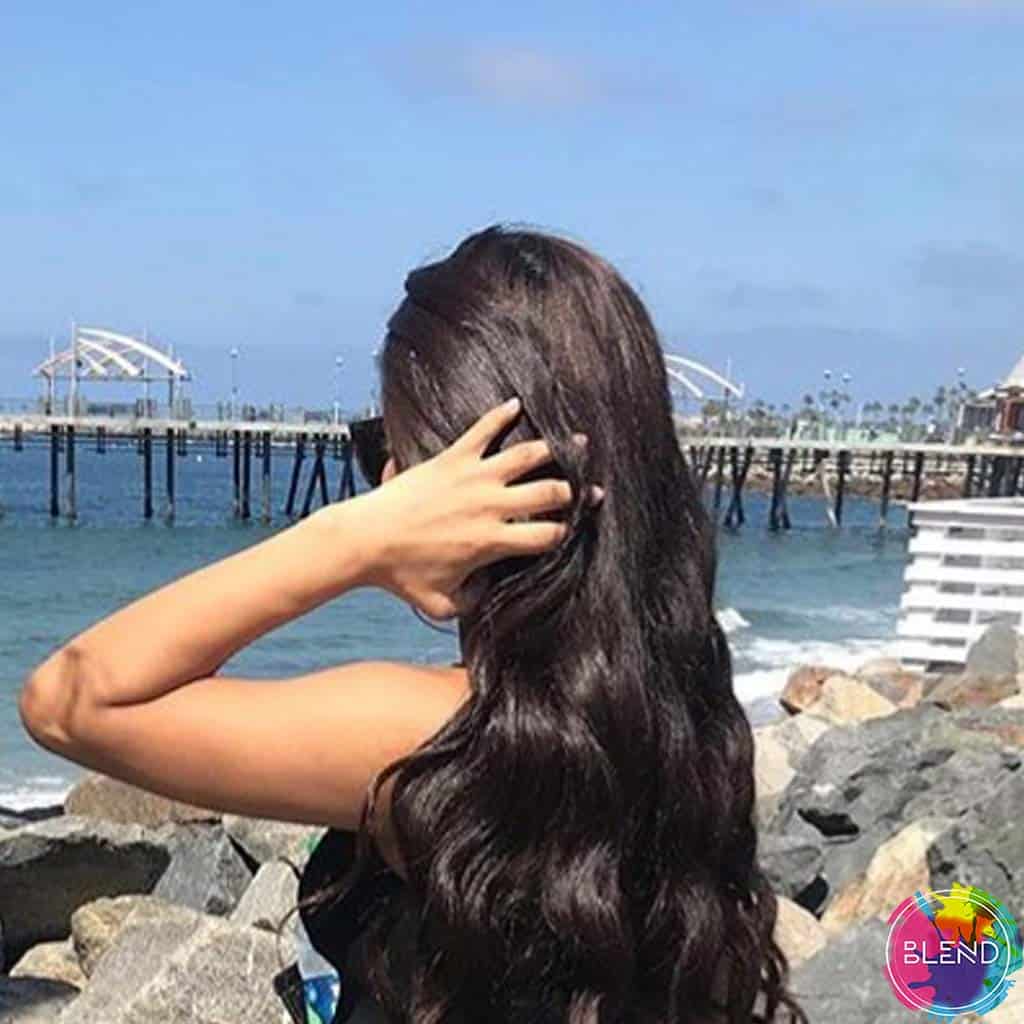 Ever since I was young, I always loved acting. Growing up in California, I admired the glamorous lifestyles of actors and actresses. I just found it so fascinating that they could transform into whoever they wanted to be.

They inspired me and gave me ideas for what type of productions I would like to be a part of. I remember when I was around four years old, I would put on plays for my family.

I would have my siblings and cousins play the supporting roles, but they never had many lines! As you can see from a young age, I enjoyed how acting gives people the ability to collaborate with others.

However, this soon was enough for me. I wanted to act in a theater group with a real organized cast. Soon enough, I was in acting classes and starred in many musicals and plays throughout my childhood.

I took pride in my work and took it very seriously. Acting in theater group also helped me expand and perfect my craft.

Learning from professionals who were so passionate about acting really inspired me to keep growing as an actress. Furthermore, I was also inspired by my cast mates who have become some of my lifelong friends to this day. Even though we all now young adults with busy lives, we still make a point to keep in touch.

Currently, acting is still a hobby of mine. However, I am not currently in a theater group and have strayed away from theater quite a bit.

It is not that I do not enjoy theater, but I found a such a profound love for comedy. Personally, I feel that comedy is very underrated and should be celebrated more in society.

It’s such a great genre that brings smiles to those who watch and those who act in the field. I first became hooked on this genre after acting in a comedy seminar around two years ago.

It complimented my outspoken and bubbly personality perfectly. Also, I never felt like I was truly being myself on stage or screen before acting in comedy.

This was never a problem for me though, as I loved portraying different characters. However, comedy makes me feel like I am truly being myself and expressing myself in the most natural way!