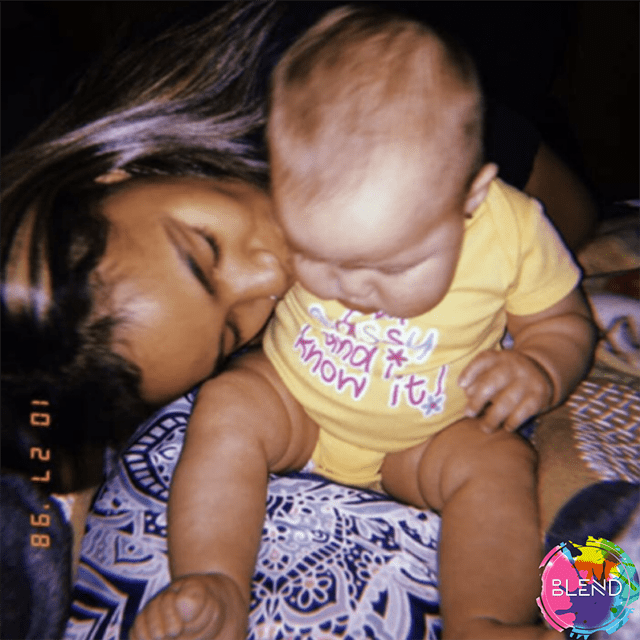 Depression is a delicate subject for most to discuss. For me though, I’ve learned to turn my depression into a positive, a story to motivate others. In 2012, I was 14 years old, getting ready to enter 8th grade.

I was extremely excited because it was my last year of Junior High, but also very nervous since my best friend transferred to another school. As I was getting ready the day before my first day of school, I remember my mom came into my room to tell me that my grandfather had just passed away.

I remember completely shutting down, and closing myself off from everyone else. I can’t even remember my 8th-grade experience. It was supposed to be one of the greatest moments of my academic year.

Once I entered High School, I started to find a coping mechanism to help me feel better. This led me down a path of drugs and boys, which I later found out is not a great combination. My grades started to slip drastically, and the guy I was dating started cheating on me.

Once I entered my sophomore year of High School, I went to a clinic, where I ended up finding out I was pregnant. Soon after, I was kicked out of the Early College Program that was paying for my associate’s degree.

That was the lowest point of my life. I began to cut myself, feeling like death was the only way out for me.

I looked up to God and asked him for a sign, something that could show me a reason why I should keep fighting. The next day when I went to the doctor, I got to hear my child’s heartbeat for the first time, and that’s when I got my sign.

I realized how precious life is from that little heartbeat. I now fight the good fight not for me, but for my beautiful child  who I love more than anything in the entire world. For those struggling with depression, I want you guys to start thinking of the glass half full.

When you get faced with obstacles in life, try to find the positive instead of dwelling on the bad because the goodwill always outweigh the bad.

How Learning to Appreciate Life Helped Me Overcome My Depression

How My Overweight Contributed to My Struggle With Depression 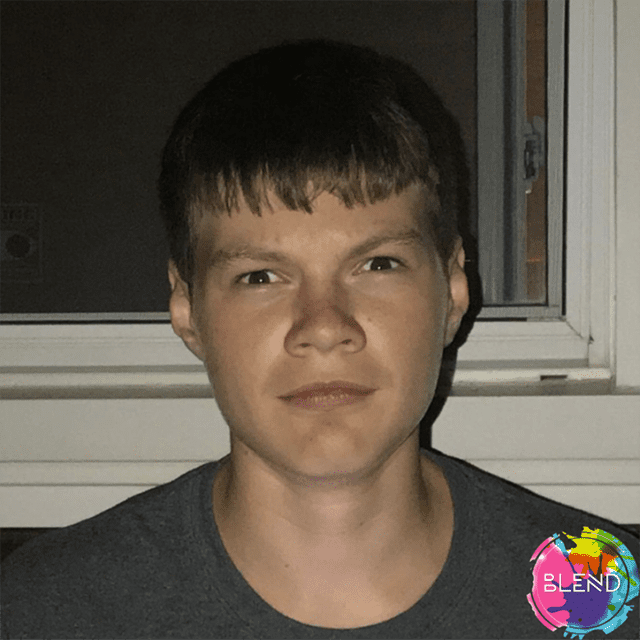 A really low point in my life was when my uncle died. During my sophomore year, my school had a strict policy of no phones out during class hours. When I got out of class that day, the first thing I did was check my phone.

When I turned it on, I saw that I had a missed call from my mother. I called her back to see what she wanted, and she had told me that she was over my Aunt Norma’s house.

This was very odd to me because they normally only speak to each other on holidays. I figured the reason she was over there was to talk about Thanksgiving which was quickly approaching.

I still thought it was a bit strange, so I asked my mom what she was doing over there. The response that she had given me was one that I never thought I’d be hearing. My mother told me the reason that she went over, was because my uncle had died.

I was in complete shock over the news I had just heard. I felt the tears starting to form, but for some reason, I was not allowing myself to cry. His voice started playing in my head. It was at that moment I realized that it is possible to lose your loved ones.

Death is a concept I was familiar with, but not something I had experienced before. I had not realized the impact death could have on me, and my family. My heart was crushed, and I was not sure how to cope with this.

As the day of my uncle’s funeral approached, reality started to settle in. When the day of his funeral came, I was dreading going the whole time. My family started filling in the chairs, and I was surrounded by sadness and misery. For me, being around a scene like that was hard to deal with.

After some time, I decided to go to the front and look at my uncle. This casket held the person who made life enjoyable for me. The man that showed me how to live life to the fullest. This was one of the lowest points in my life, but I knew he would not want me to be sad.

Life might seem unbearable at times, but having faith can get you through anything. Faith will give you strength. It will heal your soul and remind you that you will get better no matter how hard life gets.

Recently, I have surrounded myself with a support system. They understand my pain and are willing to help me in any way that they can. I learned that in order to get better, I needed to ask for help. I started doing different activities such as band which keep my mind occupied.

The advice I would have for others during a low point in their life would be to reach out to others. Sometimes we are afraid to ask for help, but it is nothing to be ashamed about. I thought that sheltering myself from others would be beneficial, but in reality, it wasn’t.

You might feel alone, but you’re not. It took me a while to take this all in, but I’m finally starting to feel like myself again with the support of family and friends.

Although I have recently overcome my depression, it’s still a touchy subject for me to talk about. My depression began about a year ago. When I started my job at Altitude Trampoline Park.

At first, working there was so much fun. I enjoyed working with the kids and even made some lifelong friendships with some of my co-workers. This quickly changed for me when I met our general manager.

Going into work became more of a drag. And, I struggled to get out of bed most days to go there. My general manager was very aggressive and degrading.

He wanted to make sure all the employees knew that he was in charge. And that he held all the power in that establishment. Going into work started to become my trigger for my depression.

There were days when I felt like I could actually make it a fun day at work, but that dream was short-lived once I walked through those doors. My lowest point was the first day I was promoted to a cashier. What brought joy to my workday was working with the children. So being promoted to cashier meant I had to work closely with my GM.

Little did I know that being a cashier also meant dealing with rude customers who yelled at me for things I couldn’t control. When I asked the GM for help, he would look at me with confusion and tell me to handle it myself. This led me to breakdown and I knew I had to make some sort of change.

I ended up quitting that job and finding a new job that I absolutely love. I have been at this establishment for about 5 months now and I couldn’t be happier.

To those struggling with depression, I recommend finding a passion. At times you might feel like you are not in control of your life, but you are, and only you can make you happy.

Find something that you truly love. And invest all your time in it. I’ve found that keeping your mind busy is a great way to distract yourself from anything that could potentially be mentally or physically draining for you.

How I Stopped Feeding My Sadness to Overcome Depression 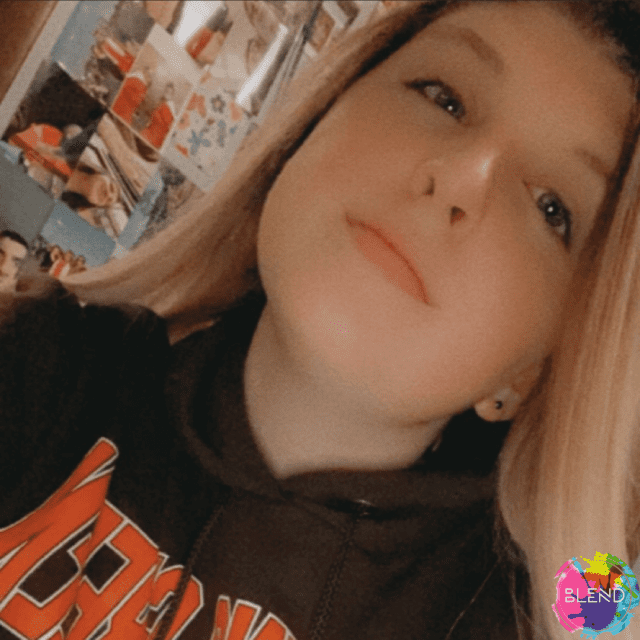 My first experience of depression was in seventh grade. I always knew bullying was a thing. I just never thought I’d be the one going through it. From what I can recall, I was bullied from October of my seventh-grade year until the end of eighth grade.

At the beginning of middle school, I started dating this guy who, at first I thought was amazing.

As time went on, he found ways to manipulate me, lead me on, and mentally abused me.

Honestly, I don’t know if I would have been strong enough to end things at that age. The mental abuse was brutal. Thankfully he moved away so I was free of him and all his insanity.

I wish I could say that Middle School was my lowest point, but that didn’t occur until my freshman year.

It was like no matter what I did, I couldn’t make myself happy. Every time I got happy, something would happen and my mental health would decline.

To kinda overcome it, I separated myself from anything that made me sad. I stopped feeding into my sadness and would keep myself busy.

I would stop intentionally listening to sad music. I would unfollow people that made me feel worthless. I unfollowed and unadded people that I once considered friends.

But those people would tear me down and switch up on me in a heartbeat. I disconnected myself from them and started working on myself little by little. I would get out of bed if I felt sad because I knew that laying there would be worse.

To anyone feeling this way, I would definitely say that by feeding into it, you’re gonna make it worse. This is what I tell all my friends struggling with depression. If you’re sad, go out and do something. Even if you just go for a walk.

By laying in bed and just staring at blank space or listening to sad music, you’re gonna consume yourself with that sadness. And I promise it makes everything so much worse.

Keeping yourself active and knowing when to say enough is enough, is definitely the most important lesson that I had to learn for myself because even my best friend would just feed into the game that is depression.