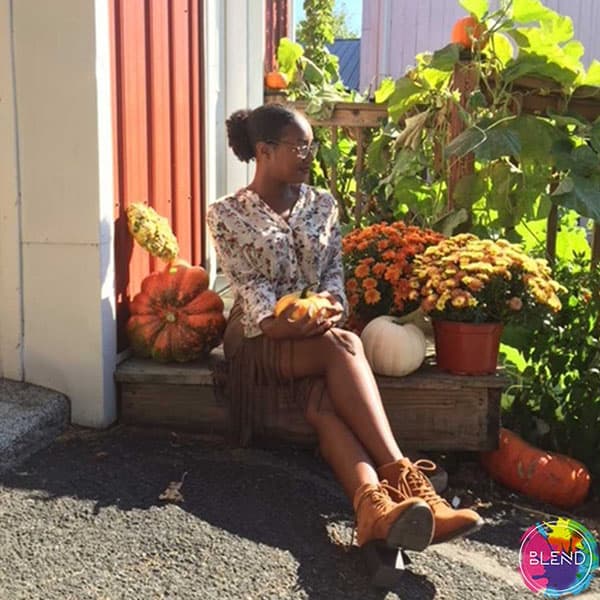 I would characterize mental illness as a chemical imbalance of the brain where it affects not only someone’s emotions but the way they perform on an everyday basis. Certain mental illnesses are not treated the same as others because people are ignorant of the knowledge of the disease.

For example, people think that people with depression are just sad people without realizing there is so much more to that. I haven’t been diagnosed with depression. But, I’ve spent several years being depressed and I know what it feels like.

Through 7th grade all the way to ninth grade, I suffered a real rough patch with my life at home. For those who don’t understand the feeling, please know that when your family life isn’t the best, you feel like everything is falling apart.

My depression affected the way I behaved in school and impacted my grades. I was constantly surrounded by negativity and had no escape. I felt like there was no place to be myself.

Every day, I would walk in my house and I would get knots in my stomach. And, I felt like I always walking on shells. My room became a safe space. During 10th-grade, when things started getting easier, I got another sneak attack of depression with another set of rough patches.

I joined a church in 10th grade to relieve my pain but the depression came back again. I realized, at that moment, that my depression had come back once again. It wasn’t getting handled and no one was taking me seriously because I was so young.

I felt so empty and alone. I tried to talk to my bishop about that feeling and he disregarded it. He claimed I was feeling down because of the weather. But the weather doesn’t affect my emotions.

My advice for anyone who suffers from depression is not to be afraid. Learn, little by little, to cope with the feeling. I truly believe that depression never goes away. But we can all definitely try to find our inner happiness.

How Being In The Military Triggered My Depression

How I Overcame My Bipolar Disorder 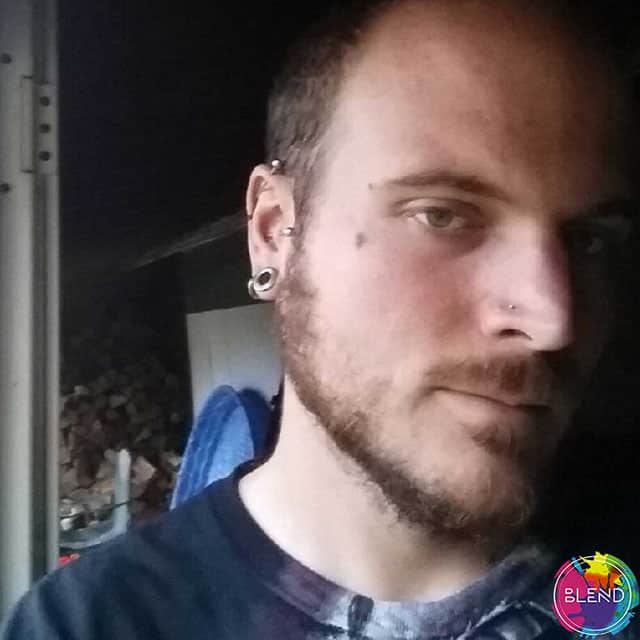 I became aware of my bipolar disorder when I was sent to a mental health institute after telling people I wanted to take my own life at the age of 16. They diagnosed me with it there after monitoring me for about 30 days and put me on medication.

Having bipolar disorder has made everything more difficult. Because of my severe ups and downs, irritability, anxiety, loss of interest/pleasure in things, difficulty concentrating, and tons of other issues that come from it, I had problems with skipping a lot of class in high school and ended up dropping out.

I’ve quit multiple jobs because I can’t deal with stress very well. Having a mental illness in general drains a lot of energy just to ‘stay alive’ & be ‘okay.’

Depression especially lies to you and tells you that you’re worthless, so that affects your mindset and outlook on life a lot , and when you think of the things you tried to do and failed, it makes it more believable.

But, that’s not to say that people can’t manage it better and be successful, because people can and do, especially with the right treatment.

I’ve learned a lot of coping skills over the years, both by myself and through therapy. Mainly, including calming myself down from anxiety by wording things differently in my brain, like if something didn’t go entirely right I can say ‘this part did go right’ or something.

I have to try to keep my mind busy/distracted from the negative thoughts, which sometimes even results in temporarily ‘disconnecting from reality’ by playing a game, watching science fiction once in a while, listening to new music, or just sitting/laying down trying to relax.

Other times, it’s great to have people who can relate to talk to about it; having social media where a lot of people relate to me has helped me a lot, and I feel good about being able to help them at times too which makes me happier. I’ve learned to manage my illness better by understanding it.

Instead of giving up on something because I’m frustrated, I take breaks and believe/know that I can do it. So failure is usually more successful now for one thing.

By becoming more positive in general, telling myself those things, reading them, telling them to other people, it’s actually made me feel more positive. I’ve also become a more sympathetic/caring person because of what I’ve gone through and deal with. And I have learned how it can affect other people too.

I used to be a lot more of an angry person and took out some of my problems on other people. Now, I often care a lot about and make some sacrifices for other people, but ultimately if my mental health needs care, I have to put that first to be okay, then come back to what I was doing.

Sometimes you take some steps back, I suppose, but you don’t really lose the mental progress in what you’ve learned, and what’s made you strong to be able to deal with the future. It’s just more like a bump in the road, even when it’s a rather severe one that can send you off the road completely, you can get back on it with time/healing and keep going.

How I Learned to Manage Stress 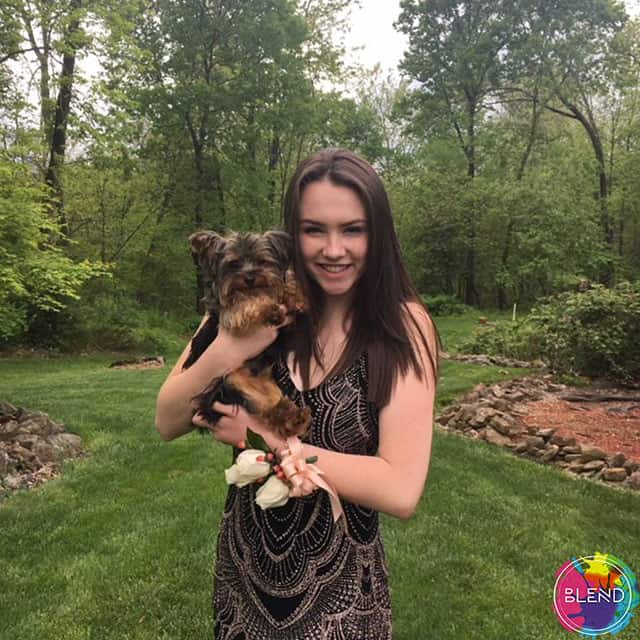 Google defines stress as the ‘state of mental or emotional strain or tension resulting from adverse or very demanding circumstances.’ As a student, I certainly know this feeling along with the emotional and physical damage one can experience due to significant amounts of stress. It can lead to severe mental disorders, like depression or anxiety.

Although I do not believe I have ever been affected by depression, I have experienced the side effects of increased amounts of stress. A time I remember being the most stressed took place in my senior year of high school. During this time period, I had not decided where I was going to attend college which scared me due to the unknown approaching so quickly.

At that time, I was president of two clubs and sat as a student representative on my districts board, while working two jobs to save money for my college expenses. All of this, on top of a relationship, where I felt trapped and unhappy in, pushed me too far.

I experienced shakiness in my body, increased heart rate, headaches, a loss of appetite, sociability, and disinterest in activities I used to enjoy. I believed that in order to get through this hard time in my life, I had to keep pushing through my stress, which I later found untrue.

A huge part of my stress came from being in this relationship. If I could give my younger self advice, I would tell her to break off this unhealthy relationship because of the anxiety he caused her.

I would tell her to learn to eliminate her stressors and learn to not wallow in her sufferings, but to advocate for herself and eliminate unnecessary origins of stress.

This, of course, does not mean stop studying for classes because they stress you out, but to learn to plan your day and better manage your time.

I believe one should push themselves to achieve great things, and put in the work to achieve those things, but always know that there are ways to lessen your stress. Through accommodating to your situation and eliminating people or extra activities out of your life that are triggers for stress.

How I Learned to Control My Negative Thoughts 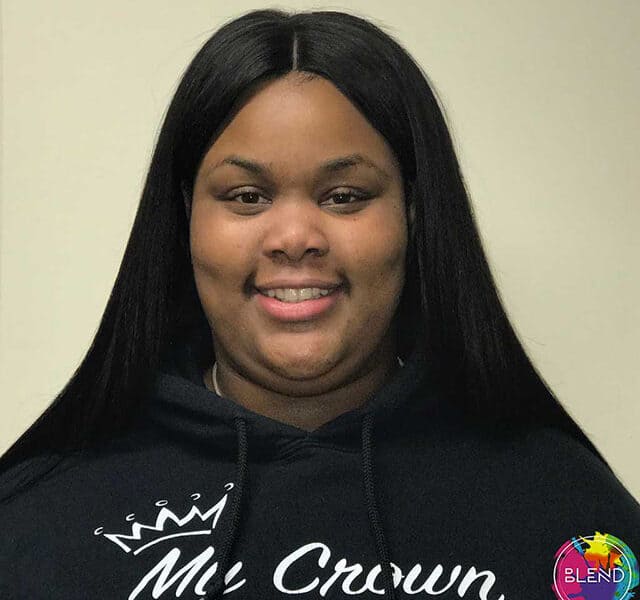 Going to an all-girls high school, you would think I did not have to deal with the normal problems most high school girls deal with. Wrong! I dealt with the same kind of issues just in a different way.

One of the many problems I dealt with was academics. During high school, I had to transfer from my old school because of budget cuts to a new school, outside my district, that I struggled with adapting to the new environment.

My teachers felt that I hadn’t had the proper education because of the district I came from. They treated me differently. I wouldn’t receive the same attention as the smarter kids.

Making friends was also hard since students tended to group up with who they thought were going to look good in terms of popularity, so I always felt like an outsider. Everything in school felt like a competition. It was very challenging.

My struggles at school led to anxiety and insecurity issues. I would always overthink everything. And I started stressing with the fact that I wasn’t good enough to attend my high school or even attend college.

The only thing that helped me get through this was talking to my friends and getting a lot of unhealthy thoughts off my chest. But even then, that wasn’t enough.

I thought nobody was ever going to like me, and that I would never develop a love life. I had to teach myself about self-love. It was not easy.

I tried really hard to make sure that any negative thoughts that would come to my mind would be replaced with positive ones. I had to constantly remind myself that if I cannot love myself then how can I expect anybody to love me. Repeating that to myself everyday helped me a lot.

Little by little, I started realizing that I was valuable. That I was good enough. I realized that I was loved and that I had supportive friends that were there for me.

My daily routine of just reminding myself that I am good enough has transformed my life. Since then, my insecurities and anxieties have slowly vanished.

10 Best Podcasts By College Dropouts That Will Inspire You