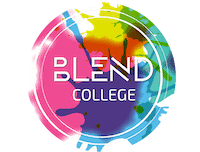 The first time I really thought about body image was when I was 11 years old. My mom told me that I couldn’t walk around the house in a tank top without a bra on or skivvies without shorts on.

At the time, it was only me, my mother, and my brother living at home. But, my brother was still able to walk around the house without a shirt on.

It was very confusing to me because I’ve always been a curvy or ‘chunky’ girl. But, my mom was telling me to cover up my body because I was a developing young woman. However, my brother was also developing, yet he wasn’t told to cover his body.

That was the first conflict with my image because I didn’t notice anything changing but my mother did. It was off-putting.

Another instance that I had in terms of body image growing up was when I hit puberty. I started to gain more weight. I used to watch That’s So Raven and Lizzie McGuire and I used to think that I would slim down once I got to high school.

I saw that every girl in high school was ‘scrawny’ and didn’t really have ‘boobs’, meanwhile I already had ‘boobs’ when I was in the third grade. It was confusing to me because I really believed that I would have that slim body type, and I gave myself a certain amount of time to achieve that. But, I realized that I didn’t look like any of the representation I saw on TV and I didn’t look like any of my family members, I’ve always been curvy.

The media doesn’t show women who look like me. It took me a long time to realize that. They showed ‘token people’ who looked like me, but never anyone that I could really identify with until I saw Danielle Brooks from Orange Is The New Black, who is now a Lane Bryant model.

I’m 21 years old and that was the first person that I saw who actually looked like me! When the media features Black women, they usually have an exaggerated and accentuated hourglass body.

I am a curvy woman but I also have a stomach, thighs and a little extra meat to me. So where were the women who looked like me?

If you are struggling to embrace your body, my advice to you is that you only get one body, love it as is. If you can’t love it as is, change what you can.

My mom taught me that because she was self-conscious about her weight, but she realized how destructive that could be especially raising me to be a woman. In this day and age, everyone is trying to get botox, lip injections, and other plastic surgeries. But the reality is, if you’re not happy with who you are, you’re never going to be happy no matter how much you change your body.

What Caused My Low Self Esteem

How I Stopped Feeling Insecure About My Body

How I Strive to Become a Better Version of Myself

I’m most insecure about my stomach because every time I eat, I feel like it looks a lot bigger. It feels uncomfortable and looks weird to me, compared to the perfect bodies we see through the media, all day every day.

Constantly seeing perfect people, living perfect lives, that people show off on social media, have an impact on the way people see themselves and others, and ultimately how they live their lives.

When I make an effort to start eating better and working out regularly, I feel better not only physically, but mentally and emotionally in the way that I see myself. But during times where I’m not motivated about my health, I’m a lot more self-conscious and down on myself.

How I Improved My Perception of My Body

I think high school was where everyone started having insecurities. High school is a very challenging place for most people, including myself. I was taller than most of the girls at school so it was already difficult for me to fit in.

Thinking about it now, I always perceived myself as bigger than the other girls when really I wasn’t. I used to have insecurities with my legs and stomach. I thought I was just on the chubby side, but I was really just taller.

I just had no idea what my body was doing to me at the time. I’d just tell myself that I would just start being healthy and watch what I eat. I ended up not eating at all.

Anorexia is not being talked about when it comes to these types of issues and I think it should be. I did end up going to therapy for about two years and that helped a lot.

We aren’t meant to look alike. It doesn’t really matter what you look like, but it matters how you feel about yourself. Your perception of your body comes first.

When I was growing up, social media wasn’t as popular as it is now. I would say social media definitely plays a huge role when it comes to body image issues and insecurities in general.

How My Body Image Is Shaped by My Positive Mindset

I think that body image has affected me emotionally. As we all know, the media portrays unrealistic bodies and women edited down until they aren’t really like real people. Young girls are affected and compare themselves to all those fake people. Even if they look at realistic photos as well, the fake ones stay in the back of their minds.I’ve done it too—looking in the mirror and pinpointing all of the things I hate about myself, but people say, ” data-lasso-id=”837″>yourself of that as often as you can. I think we are taught to nitpick everything about ourselves because society tells us to.

Your friends affect your body body image because you think that if somebody else thinks it, it must be true.

To add on, I did research about this in my junior year of high school. I wrote a 12-page paper about the representation of women in the advertising world. The main thing causing such negative body image is how people are photoshopped to look unrealistic on social media. It’s an important issue and I think a lot needs to change to be where we should be in the future.

Instagram is a major part of the problem. Posting photos of yourself and photos portraying a life that isn’t necessarily real is causing others to compare themselves to you. It is this never-ending cycle of girls comparing themselves to each other. It’s a big issue.

Though there has been a lot of ignorance on the subject, I think people don’t realize that companies are going in the right direction. For example, the company called Aerie, stopped retouching their ads, though they still choose certain types of girls.

Even the company, Eileen Fisher, focuses on older women who are living their lives with success and are smart and powerful; I think that’s really nice to see.

80 Best Romantic Gifts for Him – The Ultimate Guide

80 Best Romantic Gifts for Him – The Ultimate Guide

80 Most Amazing Gifts for Sisters – The Ultimate 2021 Guide